Motivation to Keep Pushing in 2020 When it comes to stunning beauty and unique one-of-a-kind attributes no stone on the planet comes close to the natural beauty of an opal - in our personal opinion. These days, many people dream of owning a real black opal for its breathtaking beauty but these stones are incredibly rare.

So what makes a black opal so beautiful?

This ultra magical stone can flash the entire rainbow spectrum from vivid alien greens to ocean blues, purples, orange, yellows, pinks and most valuably reds (often all at once!) Plus, Australian black opals aren’t treated in any way, all of their color and magic comes straight from the earth. (You might be surprised that most colored stones on the market are treated in some way or another!)

Beauty is one thing, but what about the black opal’s rarity?

It’s hard to put a numerical figure on stone rarity, but put it this way the black opal is SIGNIFICANTLY rarer than a diamond, let’s say. After all, diamonds are found all over the world whereas the black opal is ONLY found in a tiny 70km radius in a single small town, Lightning Ridge in Australia. That’s pretty incredible! It’s found in one place and nowhere else in the world. 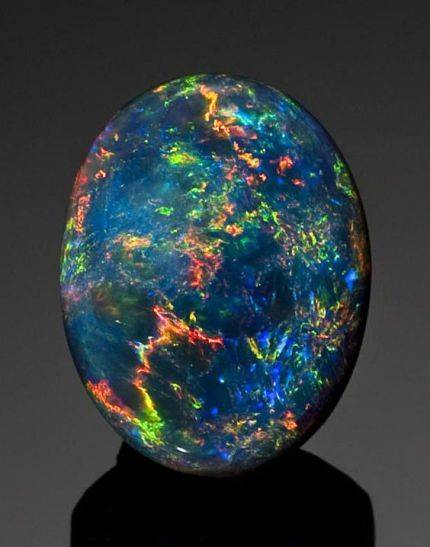 The value of this stone is determined largely by the blackness of the background of the stone. It is unique in that light does not pass through it at all! A black opal of just a carat can cost $2,300 dollars.

Watch out for the words ‘opal triplet’ and ‘opal doublet’! These refer to opals that are thin and common and have been glued onto a dark back stone or sandwiched between a dark back stone and clear top stone to mimic the look of a real black opal! 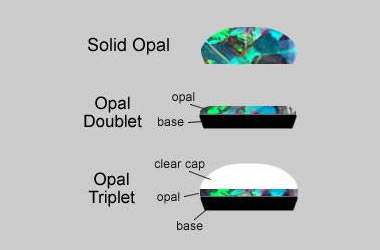 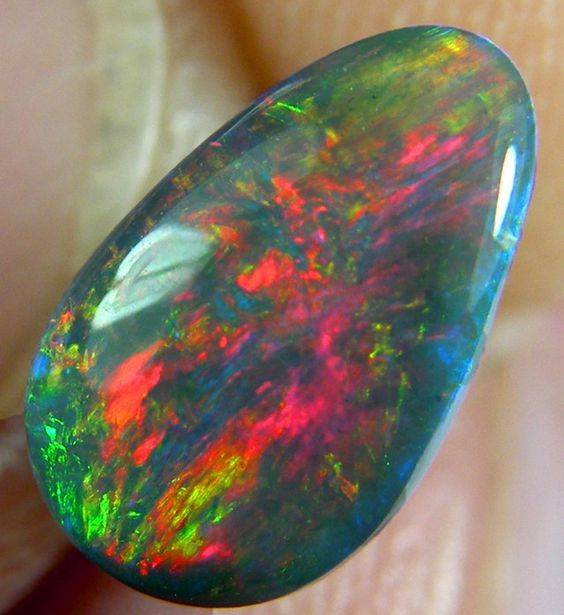 One last thing to keep in mind about opals of all kind is that as beautiful and magical as they are, they’re also extremely soft. On the Moh’s scale (which is a standard measurement of physical hardness) they land between a 5.5 and 6.5 which makes them fragile as compared to many of the other stones that are commonly used in jewelry.

Send us an email or DM on Instagram if you’re interested in a custom made piece of opal jewelry - we’d love to make it for you!